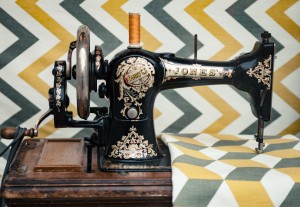 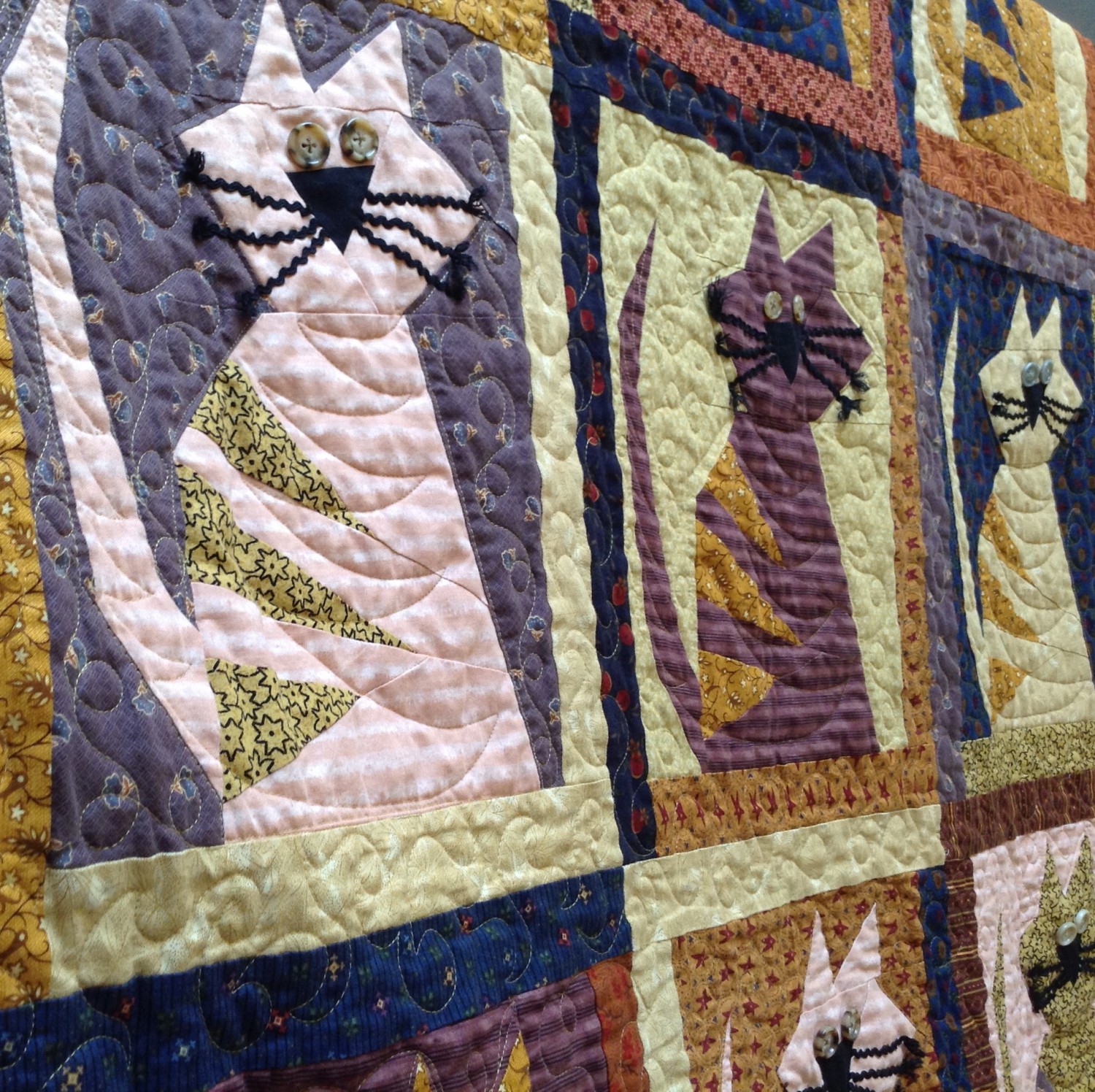 That Crazy Thing We Do
by Buggy Barn

This is the Crazy Cats quilt from an old book called, That Crazy Thing We Do by Buggy Barn.

The pattern uses the “Crazy” piecing technique which involves a special way to stack all the fat quarter fabrics, cut them, shuffle the colours and sew it all together.  The only think I needed to get special was a roll of white freezer paper.  I found this easily at the grocery store.

The Crazy piecing technique was really quick to learn and easy to do.  I liked that the cats were similar, but not identical.  I could chose to make a cat shorter or fatter depending on how I sewed the pieces together.  I also really enjoyed adding buttons for eyes and rick rack for whiskers.

I preferred the cats over the flowers, so I didn’t make the flowers.  I set the cats with a border instead.   The long-arm quilting was done by Lauren Tolhurst.

Actually, I had so much fun with her Crazy method that I made a Halloween version called Scardey Cats from the Frightfully Crazy book by Buggy Barn.

This book is currently out of print but Janet Rae Nesbitt has many new books that use the Crazy method and similar cats.  She now designs and publishes under One S1STER.

Great way to use fat quarters

The Crazy technique is easy to learn and quick to do

Every cat is unique and whimsy 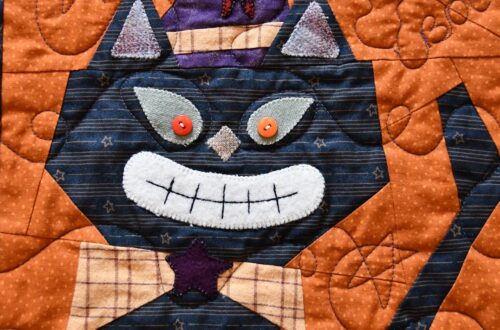 December Snowman snow globe coming out! HA! Who am

Snowman Quilt is out again! All flannel Block of t

So excited to bind my new Rudolph Christmas quilt!

Friendly neighbourhood cat took a nap in the backy

Moon and wolf catch all. I made this to hold: my